BTP have recently secured Listed Building Consent for an extensive refurbishment project to the Grade I listed Victoria Law Courts in Birmingham City Centre.  BTP were chosen to work with national contractor ISG on the refurbishment, which is due to start on site later this month.  The project is an opportunity for the Ministry of Justice to renew the life of this Landmark Listed building.

Victoria Law Courts was opened in 1891 as the first Assize Court in Birmingham, with the foundation stone having been laid by Queen Victoria four years earlier. The building has subsequently been extended over a number of years, but still retains much of its Victorian grandeur with five of the original courtrooms retaining their original timber detailing, furniture, and panelling.

The first phase of BTP’s work with ISG includes initial window restoration works, structural masonry repairs and installation of new air conditioning and ventilation to certain areas together with a full replacement of the central heating plant. We will also be refurbishing one of the Heritage Courtrooms.

BTP were chosen for this commission as part of their on-going work with national contractor ISG on a number of court and prison refurbishment projects for the Ministry of Justice. BTP are accredited AABC Conservation architects and are working on many important historical buildings across the UK. 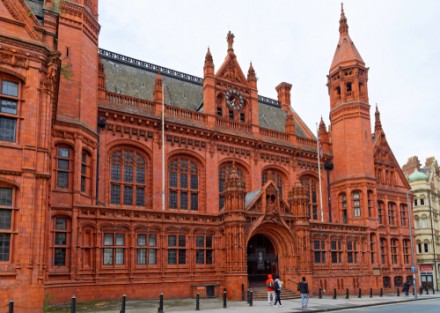 The projects are part of a wider programme of reform within the MOJ, through which they are adopting new working... Read More

As planning policy did not support the development of this site as it was in a small rural village, we... Read More

The Spinning Gate is a state-of-the-art apartment block with landscaped communal gardens and parking, in a prime location overlooking Kingsway... Read More

More Burleydam families can look forward to a future living in the village thanks to BTP's design of new affordable... Read More